Bitmap2LCD is a tool for programming small Graphic LCDs in embedded systems and a programmable text processing tool. 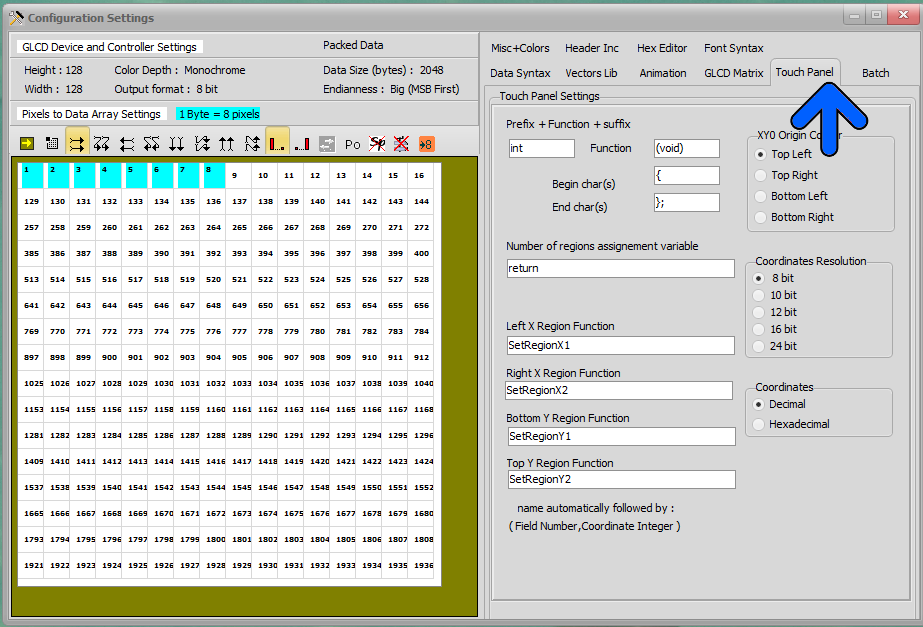 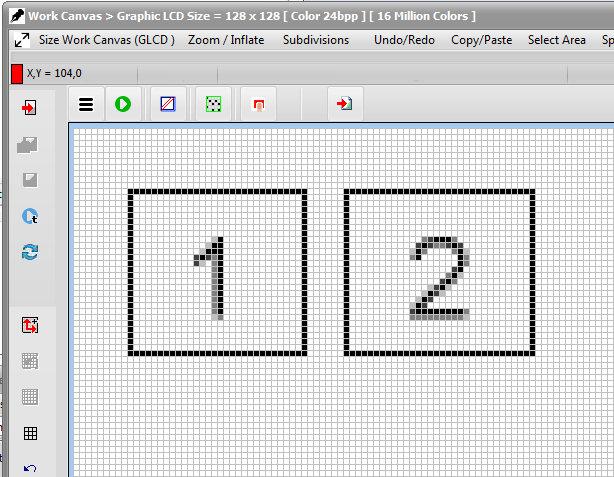 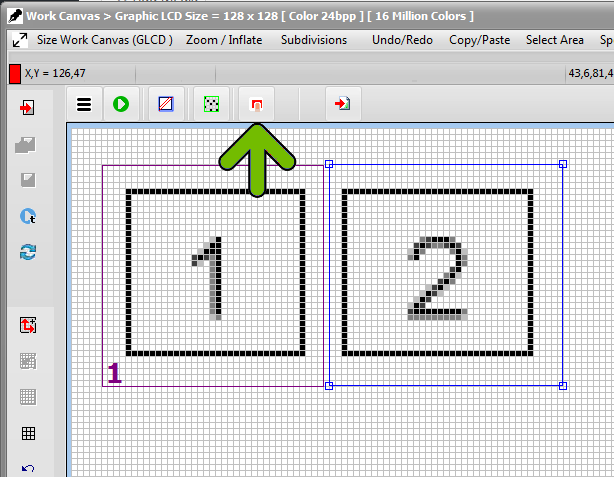 Trace the region and when ok, click on the convert to region button (green Arrow)

Theses regions can be moved or resized afterwards. 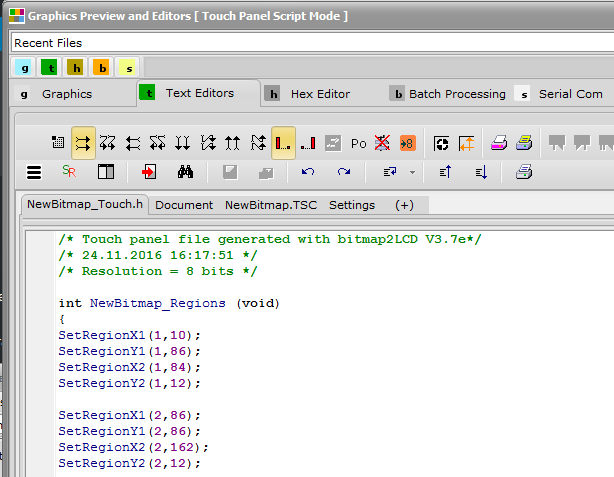 The Touch Panel feature in Bitmap2LCD

the graphical definition of the regions and to output the coordinates in the specific resolution and direction (from Origin) given by your touch panel controller. 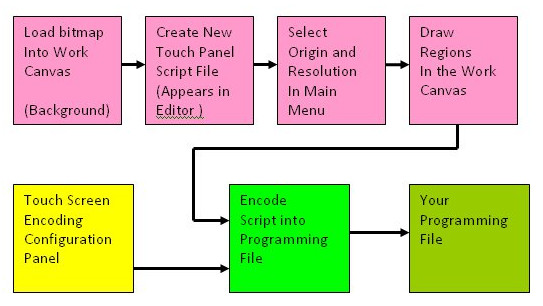 Note that the Touch Panel Script can’t be edited in the editor itself !

The Touch Panel Script is then saved as a .TSC file in the defined Touch panel Folder.

You can reopen an existing Touch Panel Script when clicking on the .TSC file name in the file explorer.

Touch panel regions (green arrow) can be graphically defined in the work canvas.

Note that you can edit, move, resize defined regions. 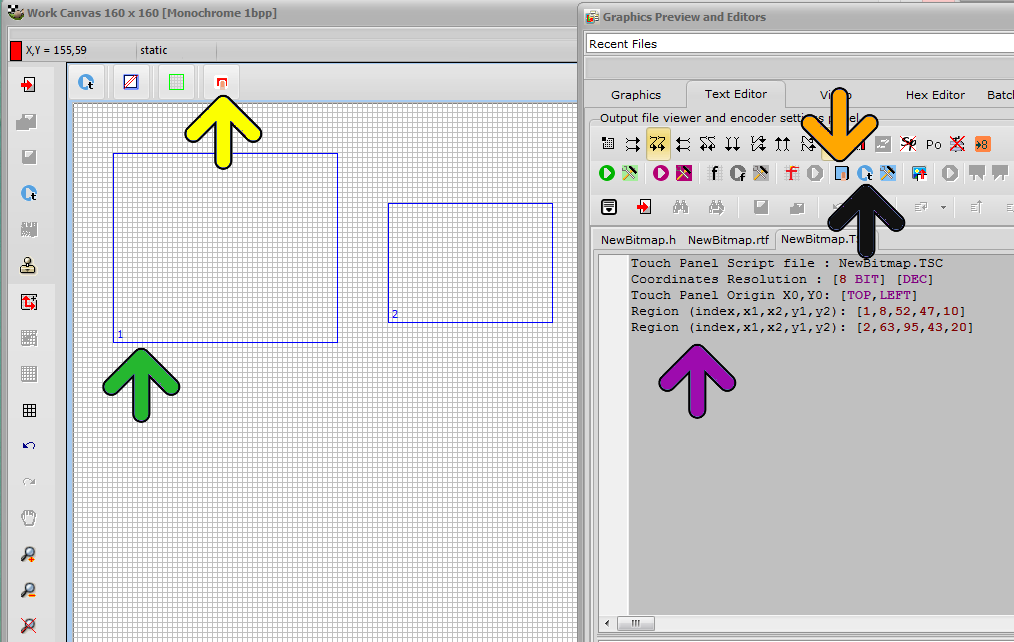 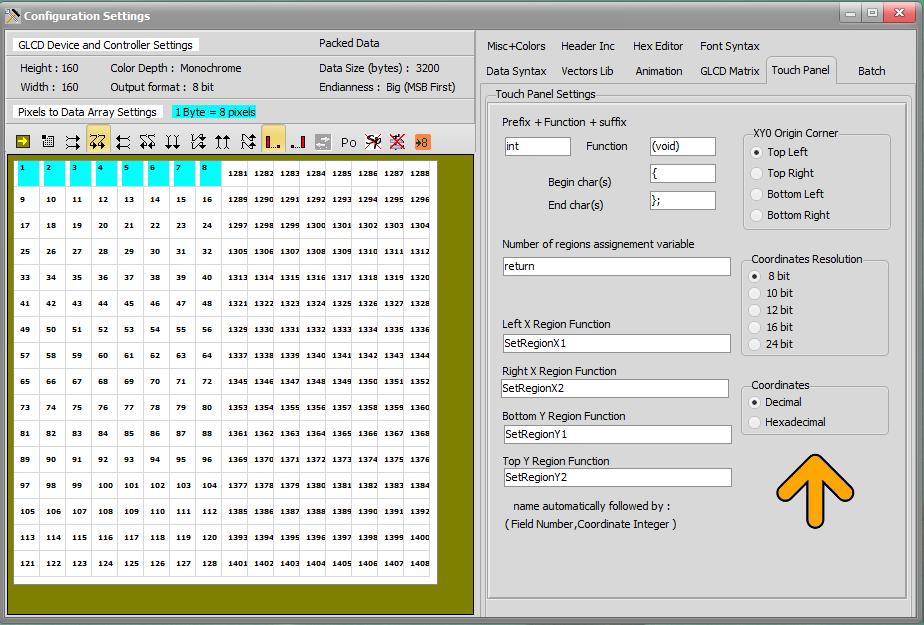 Then convert the Touch Panel Regions to Data : 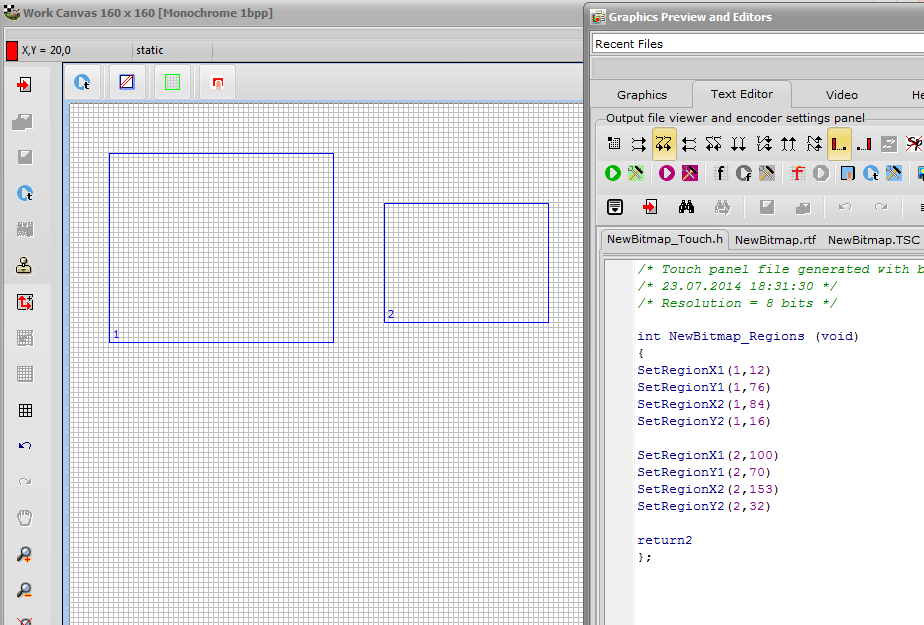