There are different ways to select the Unicode characters to generate GLCD Font data. 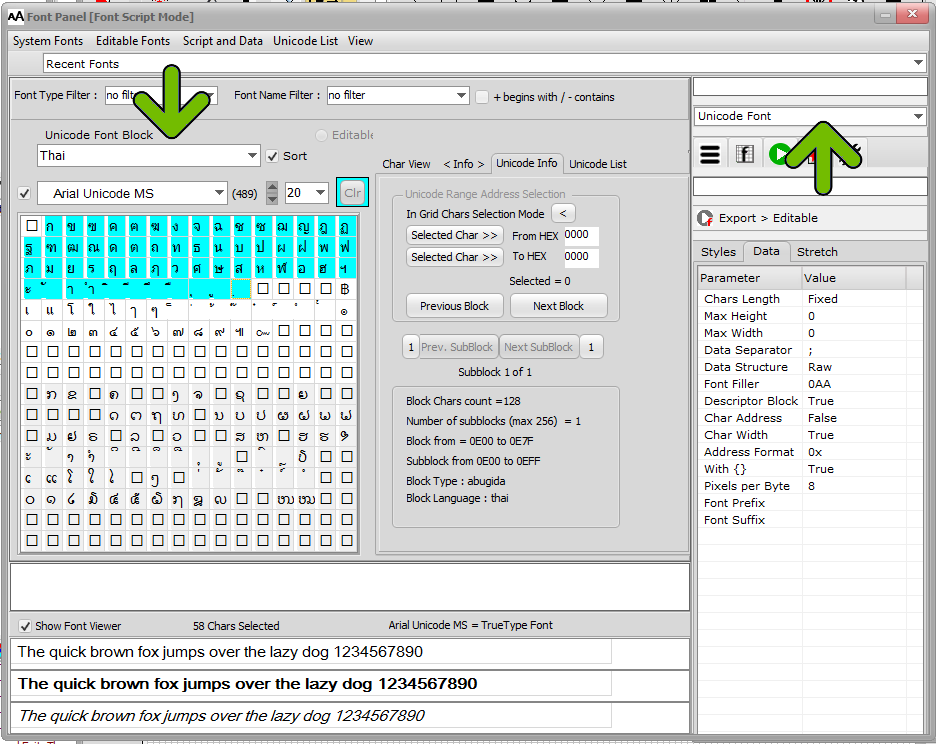 way to generate GLCD Fonts, for example when more than 256 Chars : 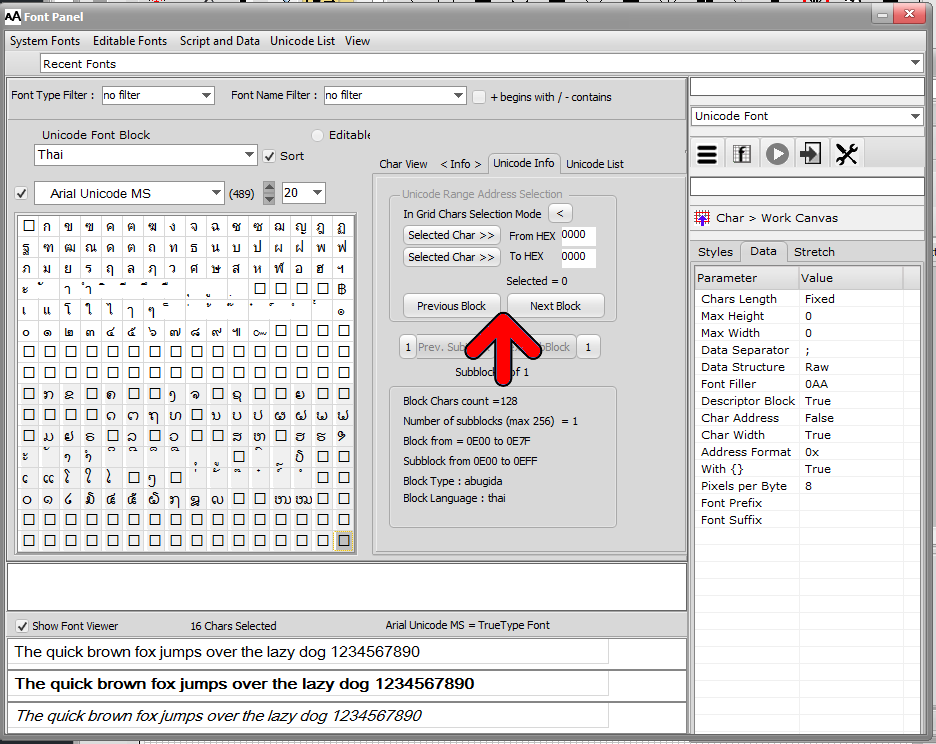 Then read the font script (see below) for the other settings to be defined first to generate Font Data : The data orientation, the endianness, the Font Size, if fixed or variable length etc… 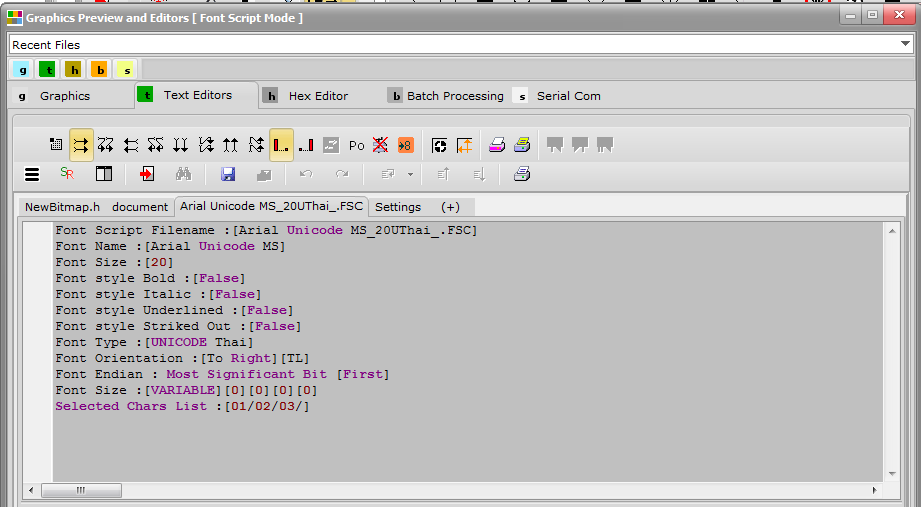 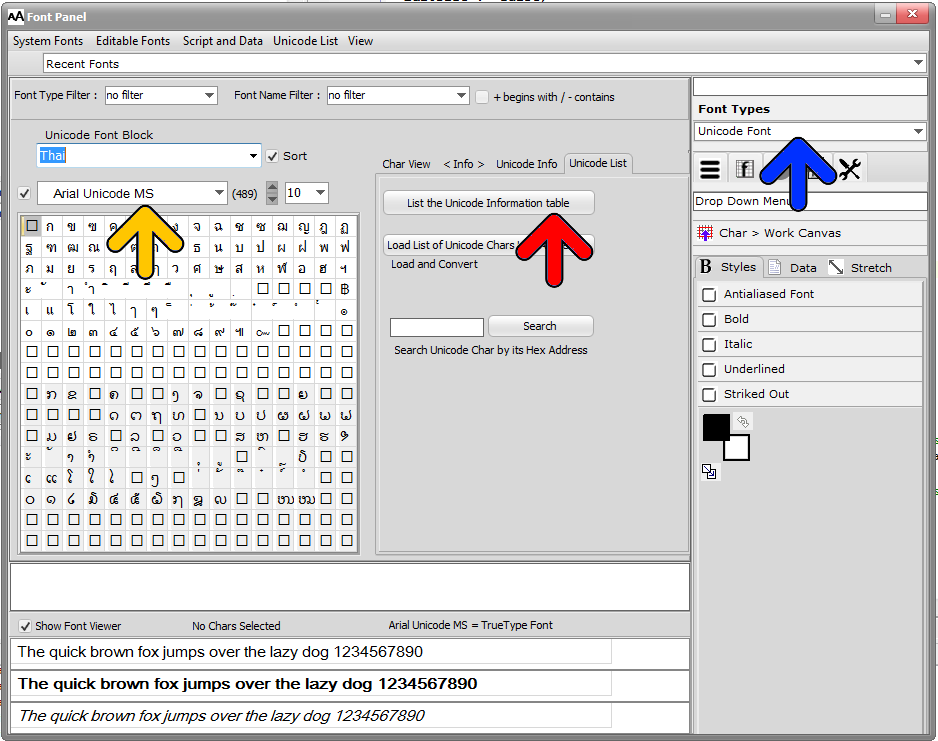 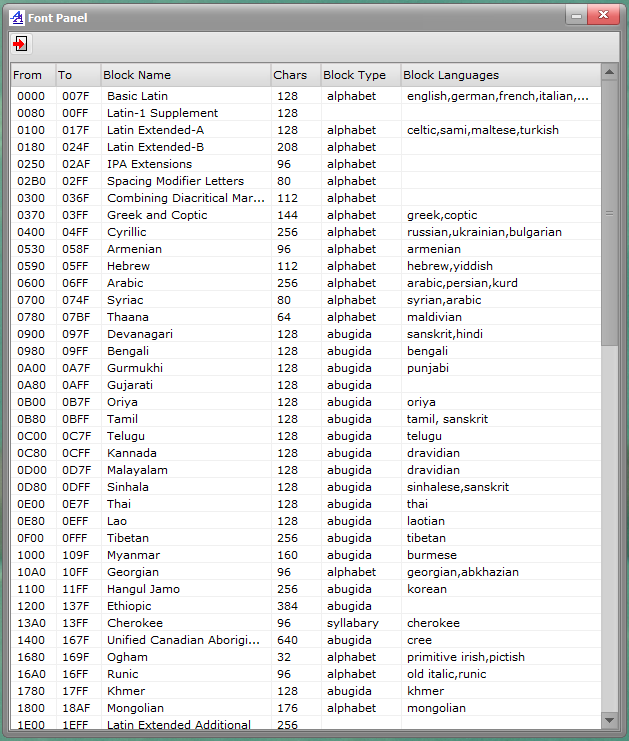 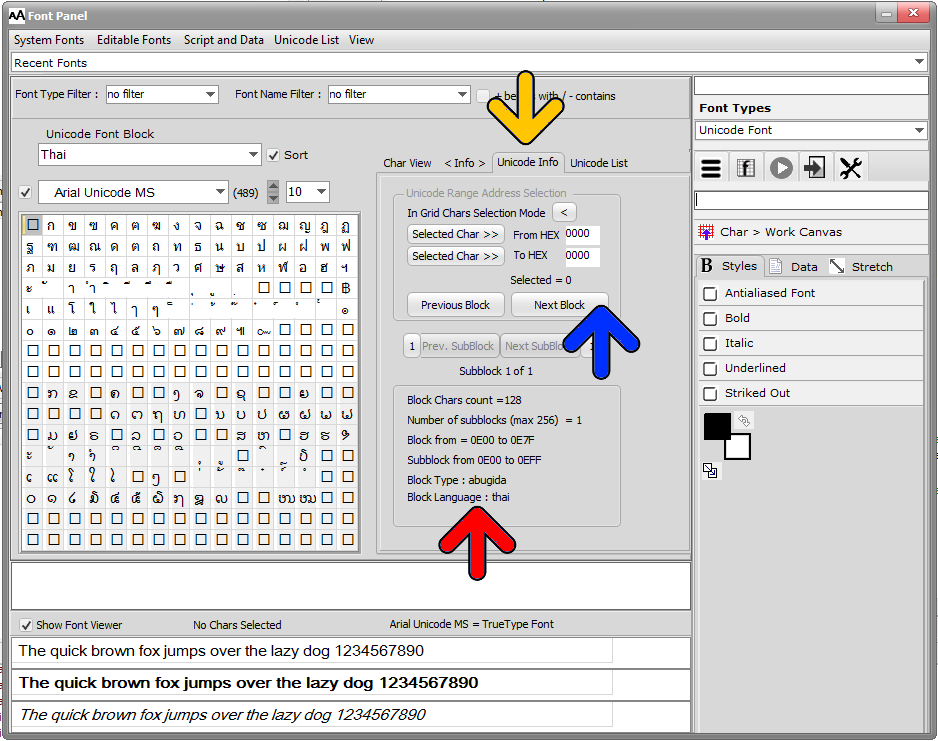 Convert a List of Unicode Char Addresses to Data

Loading a list of International Characters in form of a List of Hex Unicode Addresses for example, copied out of a Web Page, copied out of a document, or out of a Excel CSV file, and convert these Chars to Data in one single run is possible from version 3.2g.

Input Format : One single Unicode Hexadecimal Char Address per line in the text file, Hex prefix can be “0x” or “$” or none. Only the first 4 chars of the Address are taken into account.

This feature is accessible from the Font Panel (blue arrows) 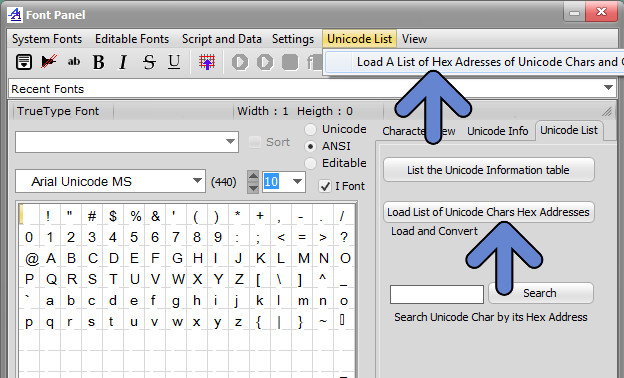 Select the Text/CSV file to load 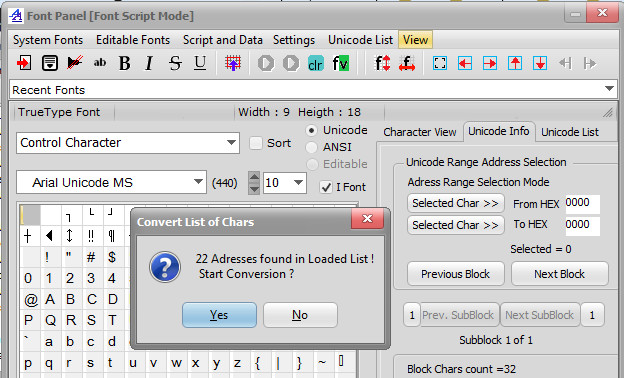 Option : As there can be gaps between the Char Addresses in the List, in the Font Settings you can check the Char Address in Descriptor option and define the Address Format 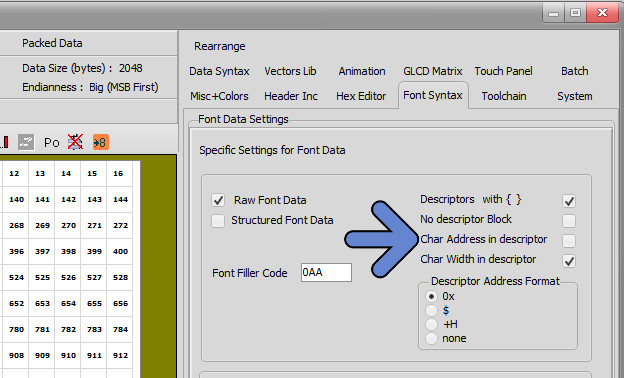